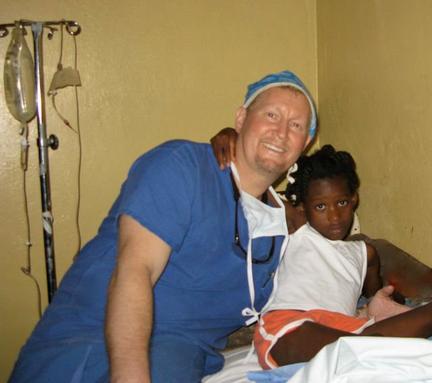 The organization chooses projects that are sustainable and that transfer knowledge and skills to host country health care providers. We have a firm commitment to excellence and use developed world standards as our bar. We believe that technology can be greatly leveraged to produce far larger and more meaningful outcomes and view collaboration as an excellent means to accelerating impact.

2015 was a difficult year for the organization. Dr. Duggan was involved in a near-fatal accident while on a volunteer project in Nicaragua. He has undergone 12 major surgeries and spent the better half of 2015 essentially bedbound. He has had numerous pelvic reconstructive surgeries, bilateral knee surgery, and had his second hip replacement in November 2015. He still has a great deal of physical therapy and rehab in front of him but is returning to his more active on-site role in project management, beginning with a trip to Cambodia in February 2016.

This has naturally slowed the development of some planned projects; however, the paradigm of "hospital bed as office" worked better than one would have anticipated, and 2015 saw a significant degree of forward movement for HCVI. During 2016 and 2017 HCVI continued to have accelerated growth and impact.

Dr. Duggan has funded the organization since its startup, but, with renewed mobility and the ability to travel, he looks forward to initiating fundraising to support the growing number of projects taking place around the world.

History HCVI began operations as a not for profit organization in January of 2014. It has projects in various stages of development in in multiple locations around the world.

The founder and managing director, Frank Duggan, began doing volunteer work as a physician while in medical training. Over the last 15 years, he has spent approximately 1/3 of his time working abroad, with a number of excellent organizations.This time commitment has increased greatly since forming HCVI.

Working in underserved areas around the world he has developed a very broad scope of practice. This, coupled with a business background before entering medicine, has allowed significant insight in regards to both the scope of global health care issues as well as potential solutions.

Addressing health care in underserved areas around the world is complex. To be successful requires a multifaceted approach that encompasses direct patient care, capacity building, public health measures, as well as medical education and training of health care providers